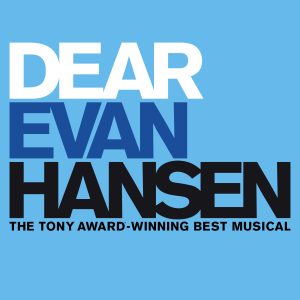 DEAR EVAN HANSEN has struck a remarkable chord with audiences and critics everywhere, including The Washington Post who says DEAR EVAN HANSEN is “Theatrical magic. One of the most remarkable shows in musical theatre history.” The New York Times calls it “a breathtaking knockout of a musical.” And NBC Nightly News declares the musical “an anthem resonating on Broadway and beyond.”

*Offer valid on Tuesday, Wednesday (Mat/Eve), Thursday and Sunday Eve performances only. Offer ends Sunday, December 18th at 7:30PM. Valid on Orchestra, Dress Circle, Loge seating locations only. Not valid with any other offers or previously purchased tickets. No exchanges or refunds. Normal ticketing fees apply. Other restrictions may apply.